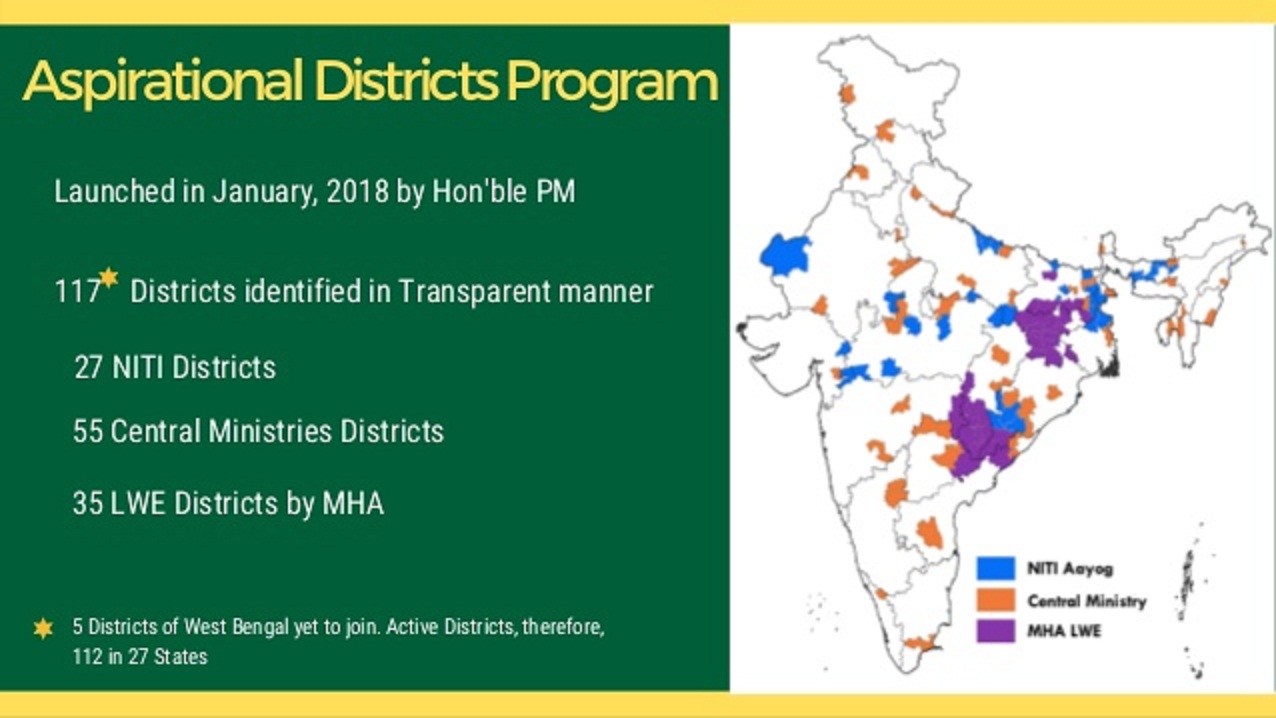 Why in the News?

A report released recently by the United Nations Development Program (UNDP) has described the Aspirational District Program as ‘a successful model of local area development’.

What is the Aspirational District Programme?

How are districts selected?

A total of 117 Aspirational districts have been identified by NITI Aayog based upon composite indicators.

What is the United Nations Development Program (UNDP)?

It was formed in 1965. It is headquartered in New York, USA.

Shravasti of Uttar Pradesh has topped the ranking of aspirational districts by NITI Aayog in December 2020.

Way forward The success of the Aspirational District Program has been certified by national and international agencies. This is a major initiative to improve the lives of citizens living in the most backward areas of the country. The need of the hour is to realize the vision of ‘Sabka Saath, Sabka Vikas’ to overcome challenges and ensure inclusive growth.