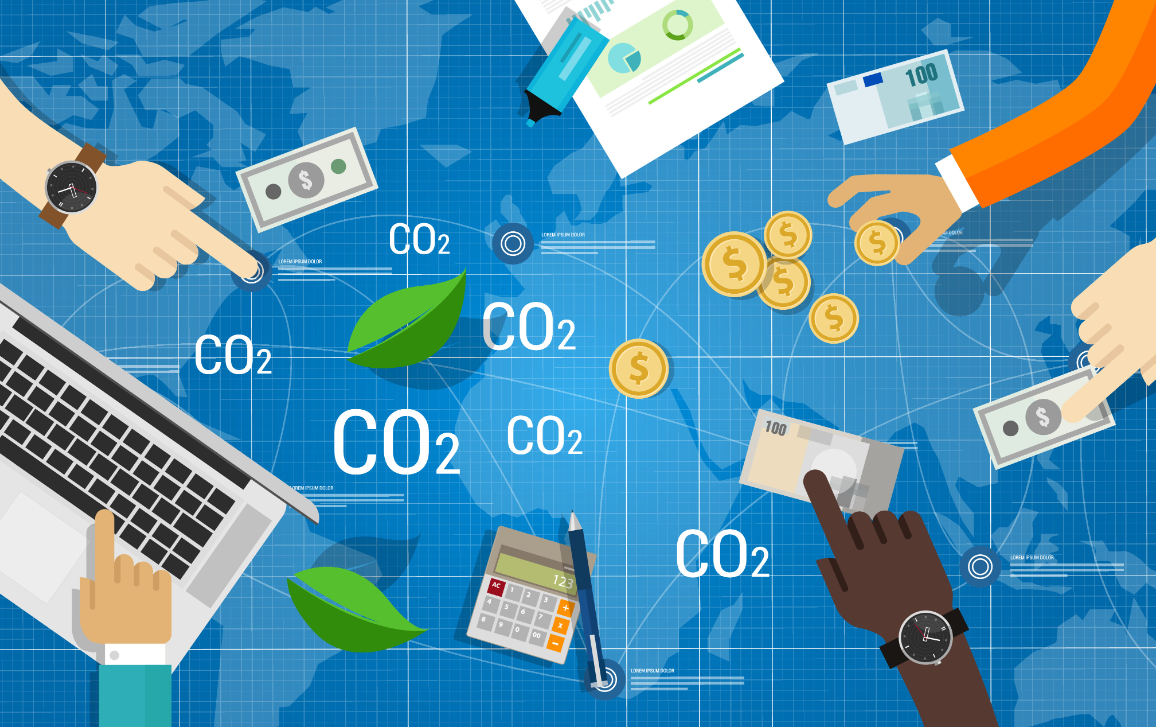 Recently the European union launache  Carbon Border Adjustment Mechanism. Notably, the European Green Deal sets out a clear path towards realising the EU’s ambitious target of a 55% reduction in carbon emissions compared to 1990 levels by 2030, and to become a climate-neutral continent by 2050.

What is the Carbon Border Adjustment Mechanism?

Designed in compliance with World Trade Organization (WTO) rules and other international obligations of the EU, the CBAM system will work as follows: EU importers  will buy carbon certificates corresponding to the carbon price that would have been paid, had the goods been produced under the EU’s carbon pricing rules. Conversely, once a non-EU producer can show that they have already paid a price for the carbon used in the production of the imported goods in a third country, the corresponding cost can be fully deducted for the EU importer.

The CBAM will help reduce the risk of carbon leakage by encouraging producers in non-EU countries to green their production processes.

The European Union (EU) carbon border adjustment mechanism (CBAM) announced on 14 July could change trade patterns in favour of countries where production is relatively carbon efficient but do little to mitigate climate change, UNCTAD has warned.

The EU’s Emissions Trading System (ETS) is the world’s first international emissions trading scheme and the EU’s flagship policy to combat climate change. It sets a cap on the amount of greenhouse gas emissions that can be released from industrial installations in certain sectors. Allowances must be bought on the ETS trading market, though a certain number of free allowances is distributed to prevent carbon leakage. That system has been effective in addressing the risk of leakage but it also dampens the incentive to invest in greener production at home and abroad.

The CBAM will progressively become an alternative to this. Under the Commission’s new proposal for a revised ETS, however, the number of free allowances for all sectors will decline over time so that the ETS can have maximum impact in fulfilling our ambitious climate goals. Furthermore, for the CBAM sectors, the free allowances will gradually be phased out as from 2026.

To complement the ETS, the CBAM will be based on a system of certificates to cover the embedded emissions in products being subsequently imported into the EU. The CBAM departs from the ETS in some limited areas, however, in particular since it is not a ‘cap and trade’ system. Instead, the CBAM certificates mirrors the ETS price.

To ensure a level playing field between EU and non-EU businesses, and once the full CBAM regime becomes operational in 2026, the system will adjust to reflect the revised EU ETS, in particular when it comes to the reduction of available free allowances in the sectors covered by the CBAM. This means that the CBAM will only begin to apply to the products covered gradually and in direct proportion to the reduction of free allowances allocated under the ETS for those sectors. Put simply, until they are completely phased out in 2035, the CBAM will apply only to the proportion of emissions that does not benefit from free allowances under the EU ETS, thus ensuring that importers are treated in an even-handed way compared to EU producers.

How will the CBAM work in practice?

The CBAM will mirror the ETS in the sense that the system is based on the purchase of certificates by importers. The price of the certificates will be calculated depending on the weekly average auction price of EU ETS allowances expressed in € / tonne of CO2 emitted. Importers of the goods will have to, either individually or through a representative, register with national authorities where they can also buy CBAM certificates.

National authorities will authorise registration of declarants in the CBAM system, as well as reviewing and verifying declarations. They will also be responsible for selling CBAM certificates to importers. In order to import goods covered under the CBAM into the EU, they must declare by 31 May each year the quantity of goods and the embedded emissions in those goods imported into the EU in the preceding year. At the same time, they must surrender the CBAM certificates they have purchased in advance from the authorities.

By ensuring importers pay the same carbon price as domestic producers under the EU ETS, CBAM will ensure equal treatment for products made in the EU and imports from elsewhere and avoid carbon leakage.