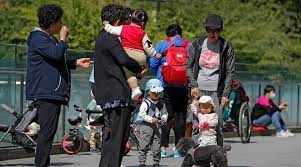 On 31st May 2021, China announced the new three-child policy at a meeting of the Politburo of the Chinese communist party, presided over by CCP General Secretary Xi Jinping. According to the new policy a married couple can have up to three children and this policy would be accompanied by supportive measures such as lower educational costs, step up tax, and housing support to guarantee the legal interests of working women.

Below are the factors which gave way to the new policy:

HOW WELL DID THE OLD POLICIES WORK?