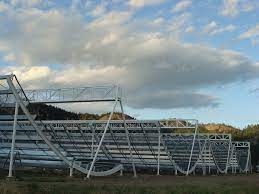 It is a radio telescope designed to answer the major questions of cosmos and astronomy. It would also facilitate in knowing the mysteries of our universe.

Where is it located?

The CHIME telescope is located at the Dominion Radio AstrophysicalObservatory, a national facility for astronomy operated bythe National Research Council of Canada.

Scientists from the Canadian Hydrogen Intensity Mapping Experiment (CHIME) have detected 535 Fast Radio Bursts (FRB). It is the largest collection of FRB till date.

The project is co-led by –

Significance of this experiment

CHIME will map the history of the expansion rate of the Universe by observing hydrogen gas in distant galaxies that were very strongly affected by Dark Energy. The experiment will measure the relic of Baryon Acoustic Oscillations(BAO), spherical shells of matter over-density in which galaxies and gas are more likely to be found today. What this means is that, for the past 13 billion years, this characteristic distance scale evolved solely due to the expansion of the Universe, and hence provides a standard ruler to measure the expansion rate.

Fast radio bursts are intense bursts of radio emission that have durations ofmilliseconds and exhibit the characteristic dispersion sweep of radio pulsars.

When was it first discovered?

They were discovered in 2007 by American astronomer Duncan Lorimer led to the term ‘Lorimer Bursts’. Since then just a few dozen similar events have been observed in data collected by radio telescopes around the world, building evidence that points to a variety of potential causes.

What is the source of Fast Radio Bursts?

Source of FRBs could be Magnetars.

What is a Magnetar?

What is a Neutron star?

Neutron stars are formed when the core of a massive star undergoes gravitationalcollapse when it reaches the end of its life. This results in thematter being so tightly packed that even a sugar-cube sized amount of material taken from such a star weighs more than 1 billion tons, which is about the same as the weight of Mount Everest, according to NASA.

Magnetars are a subclass of these neutrons and sometimes release flares withmore energy in a fraction of a second than the Sun is capable of emitting in tens of thousands of years.

Discovered by the CHIME experiment.

When the scientists mapped their locations, they found the FRBs were evenly distributed in space, seeming to arise from any and all parts of the sky.

What are the types of FRBs detected?

They fall in two distinct classes –

What is the significance of Fast Radio Bursts and their detection?

CHIME and other telescopes are detecting more fast radio bursts every day, but researchers are just scratching the surface of what can be learned about – and done with – these mysterious and powerful cosmic events.

Finding host galaxies is very challenging, though – only 14 galaxies that host fastradio bursts have been found so far. But other telescopes, like the AustralianSquare KilometreArray Pathfinder, have successfully detected and pinpointed a small number of nonrepeating bursts to their host galaxies. Next-generationtelescopes are being designed to combine the high-detection capability of CHIME with the high-resolution imaging of the Australian telescope.